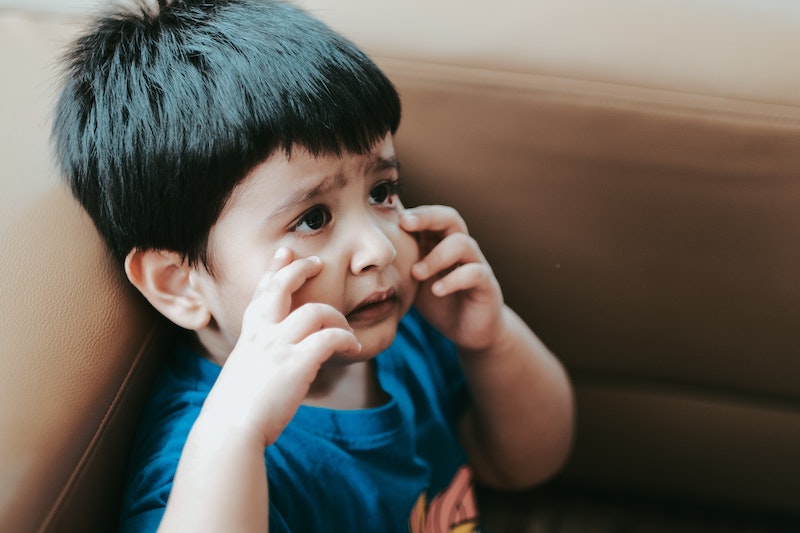 October is Bullying Prevention Month and the first Monday of October (10/5/2020) is World Day of Bullying Prevention, also known as Blue Shirt Day. Teachers, parents and students nationwide are encouraged to wear a blue shirt to show their support for the prevention of bullying.

When it comes to bullying, early care providers have a key role in teaching children how not to bully and how to respond when they feel they are being bullied.

According to Stopbullying.gov, children as young as 12 months can be aggressive when relating to their peers. Younger children may only understand that bullying is about being aggressive or hurtful to a peer but may be too young to fully grasp the concept that bullying is about a power imbalance and involves repeated behaviors. Younger children are also less likely to reflect on how their behaviors affect others or what others might feel when they behave aggressively.

Encouraging positive behaviors in young children helps to lay a foundation of understanding what is acceptable versus unacceptable when relating to others. Emphasizing social skills such as sharing, helping out, and including others in activities are part of that foundation.

Here are 5 tips for preventing bullying or appropriately dealing with bullying behavior.

1. Establish clear rules for behavior and communicate them in age-appropriate ways.

Keep rules consistent and use language that a child will understand. Use visuals such as posters with illustrations to emphasize messages. Try using storytelling to creatively communicate both rules and what good behavior looks like. Books such as Llama Llama and the Bully Goat by Anna Dewdney and Marlene, Marlene, Queen of Mean by Jane Lynch are two examples of excellent illustrated books about bullying written with younger children in mind.

Verbal recognition of positive behavior, both privately and publicly, can go a long way in helping children recognize the importance of treating others kindly and with respect.

Teasing, taunting, excluding others, and aggressive physical contact each warrants different consequences but the message should remain the same. Also, depending on the age of the child, consequences should be in a form that they can understand. All children can benefit from being directed to giving an apology. A younger child may relate more readily to the consequences of their actions by involving them in not just an apology but to be part of the remedy to help the other child feel better. For example, if a minor injury is sustained by the other child, the child who threw the toy at them could help by handing them an ice pack.

When bullying or aggressive behavior is noted, step in and offer an alternative activity. For example, if a child is throwing rocks at another child on the playground, bring them a ball to them. Explain why we don’t throw rocks at others but that it is okay to ask the other child if they’d like to play catch, adding that we throw balls but not rocks.

5. Make it safe for children to speak with an adult if bullied.

One of the most challenging aspects of bullying is to get the bullied child – or peers who witness bullying – to tell a trusted adult about the bullying actions of another. Kids often worry about “tattling” or “snitching,” something their peers may frown upon. A child who tells on another could end up exacerbating the bullying when the adults – parents, teachers and caregivers – aren’t on the same page with consistent rules and responses or aren’t vigilant with followup after a bullying event.

All adults involved with a child should be in communication to make sure there is consistency in how the aggressive behavior is handled for the greatest success in eliminating the bullying behavior.

Children tend to learn aggressive and bullying behavior from their peers and from adults in their lives. By working together, we can all be part of the solution to put an end to bullying.